For what reasons Armenia is included in Bavaria’s «black list» 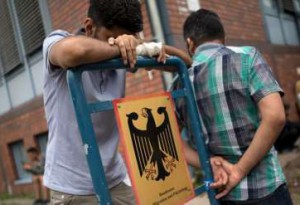 The government of Bavaria plans to expand the list of countries from which the application of refugees will be rejected. Armenia is also included in this list, reports German «Süddeutsche Zeitung». In addition to Armenia, the black list includes Georgia, Moldova, Ukraine, India, Mali, Mongolia, Algeria. According to Minister of Internal Affairs of Bavaria, Joachim Hermann, the application of refugees from these countries are rarely satisfied by the Federal Service for Migration and Refugees. It is at least strange decision, because if it is connected to the crime of refugees from the Middle East, then it’s not clear for what reason refugees from Armenia are included in the list, — says ethnographer Hranush Kharatyan. “There’s no information on Armenian refugees that have committed crimes in Bavaria. Such a step seems doubly strange against the background of the fact that Armenia and EU have agreed to work together to solve the legal problems of Armenian refugees. But Germany is already addressing these issues unilaterally,” — told RUSARMINFO Hranush Kharatyan. According to the Armenian ethnographer, the main reason for the inclusion of Armenian citizens in the Bavarian “black list” is the political motive: the bulk of the Armenian refugees are the result of political persecutions. 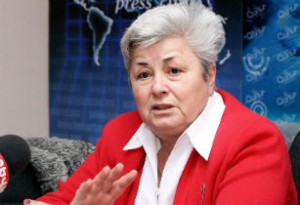 «The Armenian authorities do not miss an opportunity to convince their European colleagues that the Armenian people are not subjected to pressure, and do not suffer because of their political views. The Europeans rely on the leadership of Armenia, deciding to turn our country into the list of countries from which refugees do not receive political asylum,” noted Hranush Kharatyan. According to the expert, Armenia will be included in a similar list in other European countries as well, since in the past 5 years, Armenia has tried to show that there are no political repressions in the country, pledging to reintegrate those citizens who want to migrate, but have not received political asylum in the European countries. Note: At the beginning of this year, the German police received about 400 applications from female victims of attacks by men mostly of African and Arab appearance on New Year’s night. As a result, Germany has decided to tighten the conditions for the adoption of refugees into the country.