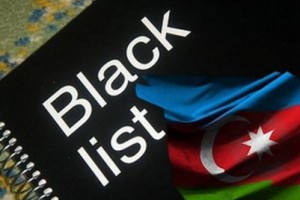 The Azerbaijani «Black list», including the names of all those who visited the Nagorno Karabakh Republic, has expanded, reports minval.az.

Currently, the Ministry of Foreign Affairs of Azerbaijan has included 509 foreigners from nearly 50 countries in the list. The co-chair countries of OSCE Minsk Group (Russia, France, US) hold the leading positions among them. Other developed European countries follow them in the list. In this regards Germany has recorded the highest tendency: in the recent years, the flow of German tourists has increased in Artsakh.

Note: The list of persona non grata in Azerbaijan periodically replenishes prominent figures of the world of culture, politics and celebrities. Among them: Lyubov Kazarnovskaya, Montserrat Caballe, Anna Chapman, Vladimir Varfolomeyev, Sergey Buntman. According to the press service of the Ministry of Foreign Affairs of Azerbaijan, in 2013 the black list included 335 people, in 2014 – 415 people, and this year the number of unwanted persons for Baku has exceeded 500 people.