Franz Klintsevich: «The war in Karabakh will be an extremely negative factor for Russia, because Moscow will be dragged into another confrontation» 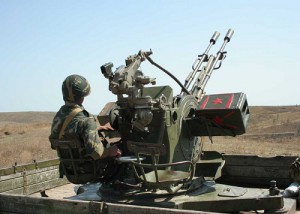 The situation in the Karabakh conflict zone should be described as a war, — announced today Armenian Defense Ministry spokesman Artsrun Hovhannisyan, asking journalists to name the armistice violations as a war henceforth.

The escalation of the conflict with Azerbaijan involves specially trained provokers of a third party, who know that the situation is explosive, and if you throw in a barrel of gasoline a lit match, it will explode, — notes Franz Klintsevich, First Deputy Chairman of the Defense and security committee of the Russian Federation Council of the Federal Assembly.

“I would not yet call it a war, but I am afraid that the new phase of the conflict, in which is interested the third party, engaged in provocations, can escalate into a real war,” told RUSARMINFO Franz Klintsevich. 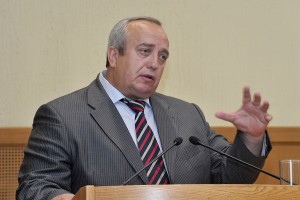 The war in Nagorno-Karabakh will be an extremely negative factor for Russia, because Moscow will be dragged into another confrontation, — says Franz Klintsevich.

«So, I assume the logic written in blood: a bad peace is better than a good war. We can not allow the resumption of war in Karabakh, but if the exact officials are not able to stabilize the situation in the near future, then the provocations in the conflict zone may develop into a war,» said the Russian senator. 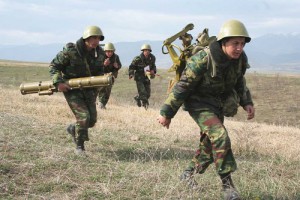 Note: From the beginning of December 2015, the situation in the zone of Karabakh conflict has sharply escalated. Only on the contact line of the NKR Defense Army and Azerbaijani Armed Forces were recorded over 1,500 ceasefire violations by the Azerbaijani side. Using different caliber weapons, the Azerbaijani armed forces fired more than 28,000 shots. For the first time since the signing of the armistice Azerbaijan has used heavy equipment, including tanks and howitzers. According to the NKR Defense Army, as a result of Baku’s provocations, about 50 Azerbaijani soldiers were injured, of which 15 — killed, the others with injuries of varying severity were hospitalized. The NKR Armed Forces during the prevention of sabotage attacks of the enemy lost five soldiers.