Who’s the target of an alliance between Turkish, Azerbaijani and Georgian defense ministers? 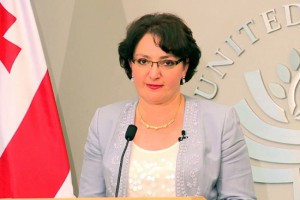 Officially, it was stated that the ministers had discussed the prospects of defense cooperation in a trilateral format, issues of regional security and measures to ensure stability in the region, as well as other issues of mutual interest.

Tinatin Hidishveli said that for the safety of the Caucasus the efforts of Georgia and Azerbaijan only were not sufficient, and Turkey should become an active and important component of it. 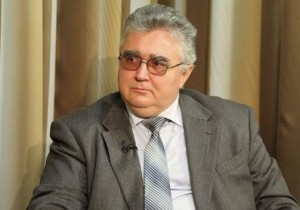 After strengthening the military positions of Moscow in Syria and the statements that Russia will continue to bring down the Turkish aircraft in the skies over Syria, Turkey is trying to carry out military and political counter-pressure on Russia, — says Mikhayil Alexandrov, leading expert of the Center for Military and Political Studies at MGIMO.

«This is an attempt to create the appearance of a certain alliance in the Caucasus between Turkey, Azerbaijan and Georgia. The Turkish-Azerbaijani alliance is based on a single issue — that is Nagorno-Karabakh and Armenia. For other issues Ankara and Baku come to a compromise with difficulty. Georgia is trying to use the Russian-Turkish confrontation, to raise its political reputation. But against Vladimir Putin’s statement on the abolition of visas for citizens of Georgia, Tbilisi’s attempts to involve Turkey in the process of ensuring security in the South Caucasus are obviously failed, » told RUSARMINFO Mikhayil Alexandrov.

According to the expert, the population of Georgia is already very dissatisfied with the increase of the Turks on the territory of Georgia. In this regard, the growing influence of Turkey in the region can have an extremely negative impact primarily on Georgia. Mikhayil Alexandrov believes that the trilateral alliance has no future, and the loud statements won’t be followed by significant steps.

Note: In the framework of the trilateral format this is the second ministerial meeting. The first took place at the level of defense ministers of Turkey, Azerbaijan and Georgia in Tbilisi, and the third is planned in Baku.