On Berne meeting of Sargsyan and Aliyev: «Azerbaijan is not ready for peace» 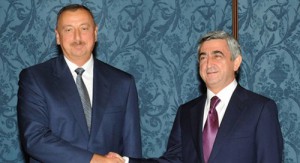 On December 19, Berne will host a meeting of the Presidents of Armenia and Azerbaijan. The talks between Serzh Sargsyan and Ilmah Aliyev will be held with the mediation of the OSCE Minsk Group, co-chaired by Russia, the U.S. and France. According to the press service of Armenia President, Sargsyan will leave for Switzerland on Friday.

No peace results can be expected from these negotiations, but in the present circumstances the mere fact of this meeting can be regarded as a result, — says Modest Kolerov, REGNUM news agency editor-in-chief. «Azerbaijan has begun to use heavy weapons. With each passing day the number of attacks increases, the number of victims as well, and that can’t be considered as a truce,»- says Modest Kolerov in his interview to RUSARMINFO. 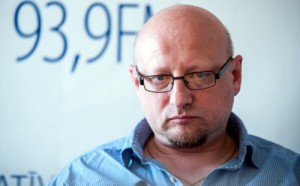 The impetus for the escalation of the conflict, according to the expert, has become the statement of the Turkish Foreign Minister Mevlut Cavusoglu on the full support for the position of Aliyev in the solution of the Karabakh issue. «I think that Turkey’s factor as well has affected the aggravation at the front. Azerbaijan is not ready for peace, and it is not necessary to believe that the talks will be followed by at least a reduction in the intensity of the shelling,»- concludes Modest Kolerov.

Note: The beginning of the Karabakh conflict is considered to be 1988, when the autonomous republic wished to secede from Azerbaijan. During the 1991 referendum, the people of Karabakh confirmed its desire by the 99.89% of vote. The results of the referendum were ignored by the leadership of Azerbaijan. In the ensuing military conflict, Azerbaijan lost control over Nagorno-Karabakh. Since 1992, the negotiations on the conflict peaceful settlement are conducted within the OSCE Minsk Group.