Sergey Markedonov: Resumption of active phase of hostilities in Nagorno Karabakh is not a dividend for Armenia 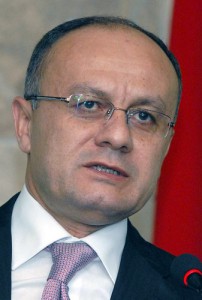 Armenian Defense Minister Seyran Ohanyan along with his Greek counterpart Panagiotis Kammenos accused Turkey of aiding and abetting the «Islamic state.» According to Ohanyan, the activities of Turkey, affecting the interests of the strategic ally of Armenia, harm the international fight against terrorism. In order to make such a statement, the Armenian side should take time, and it would be strange to come over with such an announcement momentously: small countries always weigh their actions very long, — says Sergey Markedonov, Associate Professor of Foreign Area and Foreign Policy Studies at the Russian State Humanitarian University. 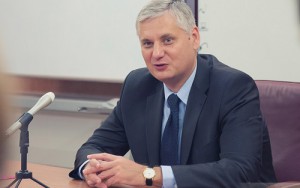 «Armenia should take a cautious approach in the Russian-Turkish confrontation, because it is not profitable either Armenia or, especially, Russia. People, saying that as a result of the deterioration of the Russian-Turkish relations, Armenia will receive dividends, do not imagine the situation adequately. I don’t believe that the active phase of hostilities in Nagorno-Karabakh is a dividend for Armenia,» — notes Sergey Markedonov in his interview to RUSARMINFO.

According to Sergey Markedonov, a confrontation with Turkey in the first place is not beneficial to Russia because Turkey has also a lot of tools of influence on the painful points of Russia.

The expert also believes that it is not surprising that the CSTO allies do not express an open support for the actions of Moscow in Syria. 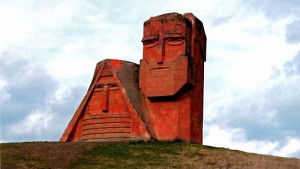 «We should not overestimate the CSTO. It’s not NATO. This integration structure is in the stage of formation. Where it will arrive in, it’s still unclear. The Russian-Turkish confrontation can’t be assumed as a confrontation between the CSTO member states and Turkey. Of course, this conflict concerns Armenia more than Belarus, for example,» — concluded Sergey Markedonov.

Note: The highest leadership of Armenia hadn’t expressed its attitude in respect to the incident with the Russian Su-24 downing. The statement by the Minister of Defense of Armenia, condemning the actions of Turkey, is the first official reaction of the Armenian leadership.