How Georgian children are taught to hate Armenians 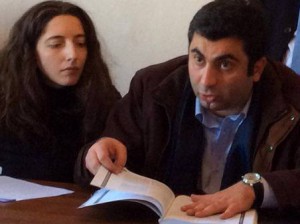 The statements of anti-Armenian character found in the Georgian school textbooks were also raised during the meeting. At the request of MPs to show 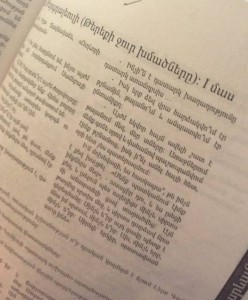 specific examples of such statements, the representatives of non-governmental organizations pointed to the Georgian history textbook for the 11th class, containing the quotes of Georgian writer Ilia Chavchavadze: «Today Armenian newcomers rob us and our houses more and more. In the old days, we were defending ourselves from the enemy at least with a sword and shield, and how should we deal with Armenians, with whom we are not at war? My mokhevsky-speaking people, do I understand what is oppressing you? … «.

The non-governmental organizations’ representatives believe that this passage describes the general mood in Georgia, creating a negative attitude towards Armenians among Georgian adults.

Note: The Armenian community of Georgia has repeatedly and publicly reported error or deliberate distortions, which exist in the Georgian textbooks, however, still the Ministry of Education hasn’t responded to the Armenians of Georgia.