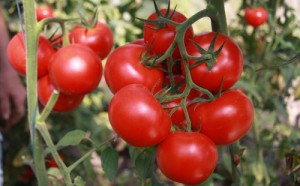 Armenia satisfies the domestic need for tomatoes, recently has announced Deputy Minister of Agriculture of the Republic, stressing that the domestic demand for this product is completely covered by the local producers.

To learn how the increase in production of tomatoes in Armenia may affect the EEU common vegetable market, and in what way Armenian agricultural producers can satisfy the needs of tomatoes on the Russian market, RUSARMIFO correspondent has talked to Russian business consultant Simon Episkoposyan. 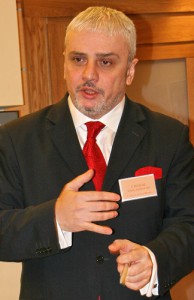 «Armenian tomatoes will, certainly, have a great demand on the Russian market. Given the climate of Armenia and varieties of tomatoes, they will always be better than any Spanish, Turkish, etc. Furthermore, we can assure their quality, as there’s no massive use of all kinds of chemicals and pesticides in Armenia,” mentions Simon Yepiskoposyan.

However, Armenia will not be able to seize the free segment of agricultural products on the Russian market.

«Armenia itself is not able to take the Russian segment of the market, which previously belonged to Turkey. But, in combination with other Transcaucasian republics, it is quite real,» says Simon Yepiskoposyan.

The main problem of the export of goods from Armenia remains the transportation.

«Armenia is in the transport impasse. There’s no rail link between the two countries today. If goods are transported by air, then the value of the product will increase greatly. Russia should help Armenia to resolve the transportation issue,» says Simon Yepiskoposyan. 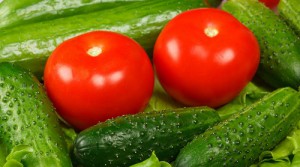 According to the expert, in addition to the quality, another advantage of Armenian agricultural products is that their cost is mainly formed, depending on the yield, a rarely observed issue in the Russian market.

In 2015, Armenia has put into operation 83 hectares of modern greenhouses. The exports of this year include 3,200 tons of cucumbers and 1170 tons of tomatoes. The main destination of vegetables’ export is Russia.