Alexey Martynov: Erdogan demands from Aliyev to use Russian weapons against Armenia 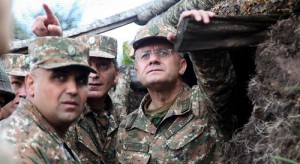 Armenian Defense Minister Seyran Ohanyan in his speech at the Parliament of the country said that the tension in the conflict zone reached its peak, highlighting the unprecedented use of heavy equipment by Azerbaijan during the shelling of the Armenian positions.

The tensions in the conflict zone should be treated very seriously as it is a clear provocation, — says Alexey Martynov, President of the International Institute of the Newest States. 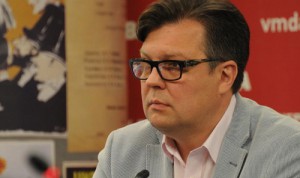 «There are countries that would like to unfreeze the Karabakh conflict. But the danger of conflict defrost is understood not only in Yerevan and Stepanakert, but in Baku as well, since it can actually stop the development of the entire region,» told RUSARMINFO Alexey Martynov. According to the expert, the political elite of Turkey has a very strong influence on the Azerbaijani leadership, and they are very attached to each other. 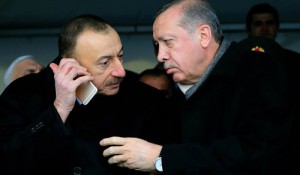 «The policy of destabilization, which today leads Erdogan, aims to stop the integration in the South Caucasus. Such provocative schemes are invented to stop the dynamic development of the region. But Russia and the Russian military base in Armenia are able to ensure the security of the region and avoid provocations that could lead to serious conflicts in the South Caucasus,» noted Alexey Martynov. Based on the expert’s words, the provocations on the Armenian-Azerbaijani and Karabakh-Azeri border are carried out with the filing of Turkey. Turkey also is considering and insisting on the use of Russian weapons by Azerbaijan during the shelling of the Armenian territories. 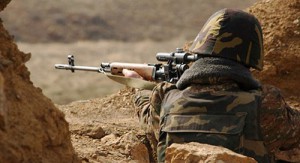 «Those are Turkish scenarios, aimed at the spread of anti-Russian sentiment in Armenia. The situation is really difficult. Armenia is at the forefront of the fight against the international terrorism. Just look at the map to understand how dangerous are for Armenia the political processes taking place in the Middle East,» concluded Alexey Martynov.

Note: As a result of the Russian Su-24 downing and deterioration of the Russian-Turkish relations, many experts told RUSARMINFO that Turkey would try to aggravate the situation on the Azerbaijani-Armenian and Armenian-Turkish borders, as demonstrated by the activation of the Azerbaijani armed forces at the contact line with Armed Forces of Nagorno Karabakh. In the recent shelling of the NKR territory, Azerbaijan for the first time used the heavy equipment.