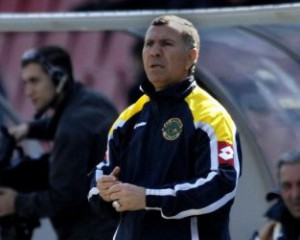 On December 10, the Executive Committee of the Football Federation of Armenia adopted a decision on the appointment of Varuzhan Sukiasyan as chief coach of the national team. The candidacy was approved unanimously, informs the FFA press service.

Sukiasyan’s candidacy was offered by head of the Federation Ruben Hayrapetyan, who several years ago accused Sukiasyan and his brother of selling several games of the national team.

The new coach of the Armenian team used to perform as the Yerevan Funeral Services chief. This was his penultimate job. Before this appointment (from April 28, 2015) 59-year-old Sukiasyan worked as the head coach the Yerevan «Ararat» football team.