Over the last week the issue of official recognition of the Armenian Genocide of 1915 has been raised in a number of legislative bodies of several countries in Europe.

On November 25, 2015 the Russian State Duma proposed a bill on punishment for denying the Armenian Genocide, the same draft law is being discussed these days in the French parliament.

On November 2, in Yerevan Speaker of the Parliament of the Czech Republic Jan Gamachek called the events of 1915 as genocide. On December 2, the Parliament of Aragon, an autonomous community of Spain, recognized and condemned the Armenian Genocide, calling the Turkish authorities to do the same. And today the city council of the Italian city of L’Aquila has recognized the Armenian Genocide.

The aggravation of the Russian-Turkish relations, the Russian accusations against Turkey in the purchase of oil from a banned terrorist organization «Islamic State» and the increased attention to the subject of the Armenian Genocide are not coincidences, says Konstantin Zatulin, director of the Institute of CIS Countries. 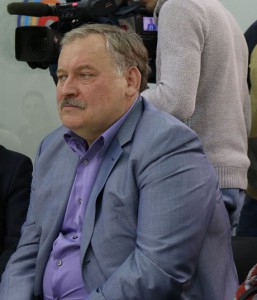 «One of the stages of aggravation of the Russian-Turkish relations was Vladimir Putin’s speech on April 24 in Yerevan. The incident with the Russian aircraft was a continuation of the cooling of relations between Moscow and Ankara. The tense relations between Russia and Turkey have pushed Europe to pay more attention to the Armenian Genocide, and some of the city on this background, recognized and condemned this historical fact,” says Konstantin Zatulin in his interview to RUSARMINFO.

This is a merit of the Armenian communities in Europe which are actively working on the tragedy’s international recognition, but the defiance and, to put it mildly, wrong policy of Erdogan is a major factor in regards to the «impact» on the memory of Europe, mentions Konstantin Zatulin.