Главная / Без рубрики / FSS arrested two supporters of IS: one of them is of Azeri descent

FSS arrested two supporters of IS: one of them is of Azeri descent

A student of one of the colleges of Ivanovo, Azerbaijani Ali created a group of like-minded people in one of the social networks to discuss the information of terroristic character and to share relevant video materials. In April of 2015, he expressed his desire to join the IS ranks in Syria. After the official warning by the FSS, he abandoned his intention. For several months the young man was under surveillance.

Another young man from Ivanovo, named «Muslim», a former Orthodox, who had converted to Islam in secret from his parents, also received the warning of the security services. The university student actively campaigned in the «V kontakte» social network for like-minded people, positively assessing the IS activities. On February 27, 2015 at the airport «Domodedovo» the young man was detained while trying to leave for Qatar. Now the young man is serving in the Russian army and no longer thinks about the war on the IS side. According to the Federal Migration Service, the number of Azerbaijani population in the Ivanovo region is about 10 thousand.

After these cases, the Ivanovo region administration increased the security measures. 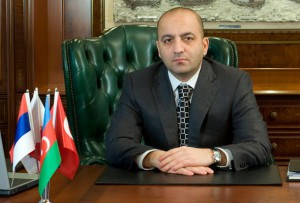 Note: The participation of Azerbaijanis in the war in Syria as part of the IS is not a new information. According to TimeTurk, in the ranks of the IS armed groups participate more than 1500 citizens of Azerbaijan. In addition, Azerbaijani media, referring to the Russian newspaper «Novaya Gazeta», circulated information that the Turkish-Azerbaijani billionaire Mubariz Mansimov was involved in the financing of the “Islamic State”. In particular, the Palmali Shipping & Agency JSC, owned by the billionaire, transported hijacked oil to the Turkish port of Ceyhan.