Life or purse: what will choose Armenian tourists?

Despite the panic among the Armenian citizens frightened to fly to Egypt, the issue of already acquired New Year tours to the Red Sea remains open. The majority of travel agencies has already refused to return money to their clients. «Coral Travel, Pegas and many other international tour operators for the return of purchased tours collect from their customers fines of 50 to 100% of the cost, and it turns out that the tourists lose all their money,» — in her interview to RUSARMINFO said Alina Petrosyan, director of one of Yerevan travel agencies. Egypt is among the five most favorable destinations for Armenian nationals. Along with the country of pyramids, Armenians still like to rest in Turkey, Sri Lanka, United Arab Emirates. But, according to Alina Petrosyan, only two travel agencies in Armenia have agreed to change the trips to Egypt for some similar journeys. 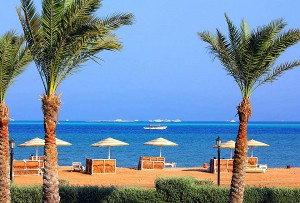 About 80% of clients changed their plans. They are going to sue, and believe that now it is better to lose money than to risk their lives. «Even in the case if the Armenian Foreign Ministry had officially banned flights to Egypt, the Armenian travel company would not be able to return the money for tickets, because most of the flights are performed by the Georgian companies, and Georgia hasn’t canceled the flights to Egypt,» said Alina Petrosyan. Note: A week after the collapse of the Russian aircraft in the sky of Sinai on October 31, 2015 (the crash killed 224 people), the flight connection between Russia and Egypt has been suspended. The airplanes with tourists from the Netherlands, the UK and Germany to Egypt have also stopped flying.