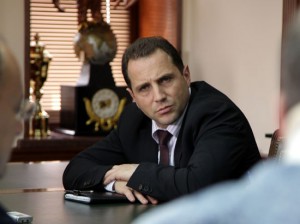 The shelling of Armenian positions, located in the rear of the front line, by Azerbaijani army is a step in the transition to large-scale military actions, — said the first Deputy Minister of Defense of Armenia, David Tonoyan. «I am deeply convinced that this strategy will lead to the fact that on the table in front of the military-political leadership of Azerbaijan will be delivered issues related not to the observance of the ceasefire and confidence-building measures, but the coercion to the conclusion of a truce in the new conditions,» – mentioned Deputy Minister of Defense of Armenia. Armenia begins the long-awaited counter-attack in propaganda that has nothing to do with the military counteroffensive, which meets interests of both Yerevan and Baku, — in his interview to RUSARMINFO has said Vadim Dubnov, the Caucasus region expert. 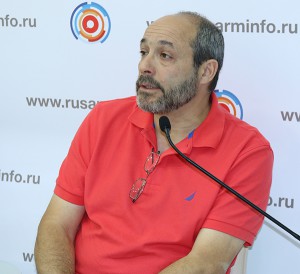 «Baku, increasing its propaganda polemic with Yerevan, attracts attention, and disturbs the world by the possible escalation where the world would least wish to see an aggravation. Armenia has all grounds to demonstrate its readiness in combat rhetoric», says Dubnov.

Vadim Dubnov considers unlikely the possible change in Armenia’s position on the Karabakh issue after the statement of Serzh Sargsyan that “Nagorno Karabakh is part of Armenia”.

«Serzh Sargsyan announced his own initiatives addressed to the internal audience, and besides this, he also wanted to be heard in the framework of the CSTO,» — concludes the expert.

Note: On September 25, as a result of the rocket and artillery attack on the positions of the Defense Army of Artsakh, 4 servicemen of the NKR were killed. A day before, during the shelling from the Azerbaijani side toward the settlements in the North of Armenia, 3 civilians were killed. During the shelling the Azerbaijani armed forces use artillery, jet systems of volley fire, mortars and grenade launchers.