The fact of the presence of Russian military equipment in Syria corresponds to the logic of the Russian officials’ announcements. They do not hide their current and further support in relation to the Syrian authorities, — stresses Mikhayil Khodaryenok, «Aerospace defense» journal chief editor.

It’s hard to say, whether those military helicopters belong to Russia, or they are Syrian helicopters produced in Russia. It is possible that the helicopters were transferred by a contract under the military-technical cooperation between Russia and Syria, explains Mikhayil Khodaryenok in his interview to RUSARMINFO. «Even if these weapons really belong to the Russian Federation, still they are not for the operational use. So, to say that these weapons will lead to a revolution in the fighting between the Syrian government forces and militants at this stage is premature,» says the expert. 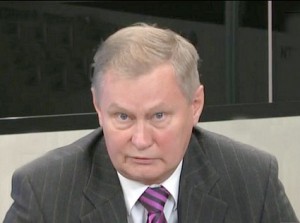 Denying reports about the transfer of Russian helicopters, tanks and armored personnel carriers to Syria, the Russian leadership does not deny the possibility of establishing a military base in Syria, says Khodaryenok, stressing that, if necessary, for the transfer of military equipment to Syria, Russia can use the Syrian port of Tartus, where there is a valid point of the material -technical provision of the Navy of the Russian Federation.

Note: The official representatives of the U.S. military periodically make statements about the presence of the Russian troops and military equipment in the territory of Syria. The Pentagon argues that it’s has received evidences over the presence of two Mi-24 Russian helicopters and two multi-purpose Mi-17 helicopters at the airport in the Syrian city of Latakia, where, according to the U.S. military, Russian specialists are building the airbase. The U.S. analysts believe that the helicopters can start flights as soon as technicians complete their service after the delivery from Russia. Earlier, the Pentagon spokesman informed about the arrival in Latakia of Russian T-90 tanks, 15 howitzers and 35 armored personnel carriers.