5 per cent is left up to the critical level: the amount of external debt of Armenia for the first time in the history has exceeded $ 4 billion

4 billion 68 million dollars, that is how much today is Armenia’s foreign debt. During 2015 the country’s debt has increased by $ 283 million, and upon the receipt of funds from the new loans it will increase by half, mainly based on the Russian credits for rearmament and modernization of the Metsamor Nuclear Power Plant.

«The external debt is always dependent on international creditors. But the main thing is not numbers, but how to effectively use the credits. The state is known to be a poor businessman. For example, the World Bank loans are expensive: high-paid Western consultants and imposed purchase of Western equipment make the privileged loan more expensive in comparison to commercial one. When the effect of loans is not obvious it’s necessary to cancel them, even though they are imposed by such institutions as the World Bank or IMF. The logic of «first take, and then look at the result» will not add a positive impulse to Armenia’s economy. The control over the credit also remains an open question. Here the main problem is corruption. And how high level it has in the EEU countries, including Armenia — is a well known fact,” in his interview to RUSARMINFO has said Ashot Tavadyan, head of the Yerevan Center for Economic Researches. 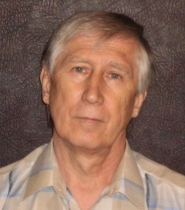 Armenia’s debt upon the foreign creditors is about 50% of its GDP, well, maybe 55%. The critical mass of debt, by the standards of the EEU, is more than 60 percent of GDP. Although there are worse debtors – Italy — 100%, Japan — 200%. But they have other economies, and Armenia should be cautious. The structure of the debt is also important, whether commercial organizations took out loans or government. If Russia has an interest-free loan and permanent one, then there’s nothing to worry about. A loan of, say, 2 years and under 10-15 percent is completely another story. The agreements on lending remain much closed to ordinary people. Exporting countries with a stable income, income from overseas workers and international organizations’ aid can not particularly worry about it, but if the foreign exchange earnings are not enough, and there’s a 30% debt to GDP, then it will create problems, — in his interview to RUSARMINFO has said the head of the Center for Post-Soviet Studies of the Institute of Economy, the Academy of Sciences of the Russian Federation, Leonid Vardomsky.

Note: The Ministry of Economy of Armenia periodically reports that the parallel to the growth of external debt the credit commitments are repaid. The peak of those payments on foreign loans fell in 2013. Then the Cabinet allocated for debt servicing more than 400 million dollars, which was a half time higher than the figures of 2012.