Hazardous job: According to RUSARMINFO, the injured taxi driver is Armenian 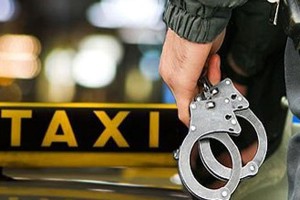 A day before in Moscow, a 39-year-old taxi driver became a victim of an armed attack. The incident took place around 5:15 am near the house №20 on Vernadsky Prospekt. According to RUSARMINFO, the injured driver is a citizen of Armenia. «The passenger of the car, threatening the taxi driver by pneumatic gun, demanded money. Having been refused, the attacker fired at the man, so that the driver lost control of the vehicle and stopped at the curb. The offender fled the scene,» told the press service officer of the State Ministry of Interior of Russia in Moscow. The victim received  medical assistance on the spot. Soon in Str. Udaltsova 16 the police officers detained a man, suspected of committing the crime. He appeared to be an unemployed man born in 1992. The attacker of the taxi driver is arrested in the framework of the criminal case under article «Robbery.»