NATO needs Georgia as an irritant

NATO Secretary General Jens Stoltenberg for the first time as the head of the alliance arrived in Georgia. During the visit, Stoltenberg plans to discuss with the Georgian authorities the issues related to the country’s integration into NATO. NATO Secretary General will also open a training center of the North Atlantic bloc in Georgia. It is the largest joint project of Tbilisi with NATO. NATO needs Georgia as an irritant against Russia. The purpose of NATO is not to allow the reintegration in the former soviet territory, in his interview to RUSARMINFO such an opinion has expressed Mikhail Alexandrov, leading expert of military and political studies center at MGIMO, doctor of political science. 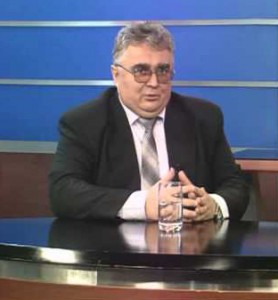 «The creation of a powerful center in the post-Soviet space, which could compete with the EU and US, is not in the interest of NATO. Their task is to take away the potential participants of the EEU from Russia. To do this, they are using different technologies, including the empty promises to bring Georgia into NATO, which are completely deceptive,» says the expert.

According to him, those empty promises are constantly given to Moldova and Ukraine, «led by the nose like fools» by the Alliance.

Alexandrov notes that NATO is committed to strengthening the military potential of Georgia, but as the «August war” in 2008 showed, their efforts were meaningless. Georgia still can not recover its fighting capacity and its capabilities in the military sphere are rather limited.

«Tbilisi is seeking to join NATO to resolve its military problems, but the aim of NATO is to maintain the tension in the Georgian-Russian relations, not taking Tbilisi into NATO and without any real commitment,» believes the expert.

The foundation of relations between Georgia and NATO was laid in 1992, when Independent Georgia joined the North Atlantic Cooperation Council. After the Revolution of 2003, Georgia started to strengthen its ties with NATO, with the prospect of joining the organization. On January 5th, 2008 Georgia simultaneously with the presidential election held a referendum, according to the results of which, 77 percent of Georgians voted for the joining NATO.