Why the United States is investing in Armenia’s energy sphere, where almost everything belongs to Russia? 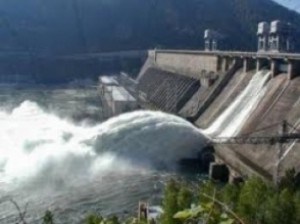 The American company «Contour Global» and the Republic of Armenia have closed the deal for the sale of assets of «Vorotan Cascade HPP». According to the agreement, «Contour Global» in the next 6 years will invest about 50 million euro to repair and modernize the hydroelectric power stations, as well as create 150 temporary and 150 permanent jobs.

Joseph Brandt, «Contour Global» CEO, after the completion of the transaction did not hide his joy and thanked the Armenian government for their trust in regards to the American company.

Minister of Energy and Natural Resources of Armenia Yervand Zakharyan in his turn noted that the Armenian side was pleased to complete the transaction with Contour Global, which owned the reputation of an experienced owner and operator of power plants around the world. 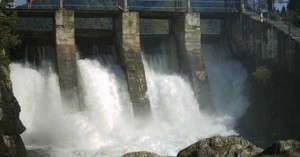 The deal to sell Vorotan HPP became the largest in the history of the Armenian-American relations. Located in the south of Armenia, the cascade is the cornerstone of the energetic system of the country, generating the lowest cost of electricity in Armenia.

Selling HPP is of particular importance due to the expected in the near future suspension of the Metsamor nuclear power plant (since 2003 operated by «Inter RAO UES» — ed). It is assumed that the repairing works of the large power producer, as is the Metsamor nuclear power plant, will last three years. In these conditions, «Vorotan Cascade HPP » for three years will be the largest producer of electricity and therefore the most important link in the electric power sector in Armenia along with another monopoly, CJSC «Armenian electric networks» (100% of shares belong to the Russian Inter RAO – ed.). The company is a monopolist in the supply of electricity in the territory of Armenia. 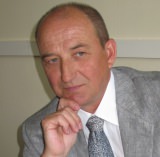 Deputy Head of the Center for Economic Studies at RISI, Alexander Nikulin in his interview to RUSARMINFO has expressed the opinion that the arrival of the American company in the Armenian market is not accidental. The expert believes that if the American company has purchased the hydroelectric power station, then it is interested in its operation, and «here the competition with the Russian company can not be avoided.»

The economist did not exclude the possibility of increasing electricity tariffs by the initiative of the Americans which, given the already difficult situation, will be fatal for «Armenian electric networks.»

«If the company owner of this station determines that the cost of production has increased, it can raise the price. The American company is the rightful owner of the Vorotan cascade and can make decisions solely on the basis of its own interests,» says Nikulin.

The Headquarters of Contour Global is located in New York, the company’s assets include 33 stations with a total capacity of 3.5 thousand MW in 17 countries, including the «Vorotan Cascade HPP «, which consists of Tatev, Shambsk and Spandaryan HPPs, located on the river Vorotan, south of Armenia. The total installed capacity of the cascade is over 400 MW, and its annual electricity production volume reaches 1.16 billion kWh. The Armenian asset was acquired by Contour Global for 180 million dollars.