How accurate are the figures on the Christians gone from Syria? 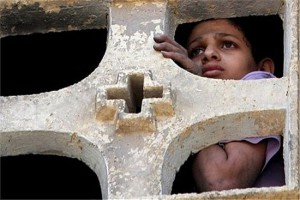 he war in Syria has forced to leave the country about 700 thousand of Christians. Those figures were announced by the representative of the Catholic International Charitable Organization «Aid to the Church in Need», John Newton.

In an interview to RUSARMINFO, President of the «Motherland» Foundation, promoting the revival and development of the cultural heritage of Syria, Ibrahim Naovaf has said that these figures of the Western charitable organization do not correspond to the reality. «Of course, because of the war some part of the Christian population left the country, but we are not talking about tens or hundreds of thousands,» notes Naovaf.

The disseminated figures are exaggerated in order to create panic and, according to Ibrahim Naovaf, it is part of the information war in the scopes of the project “to get rid of the Christians” in the Middle East. «The distributors of such information, in particular, the Western and Arab countries want to scare the local Christians to quickly leave the territory of Syria,» adds Naovaf. 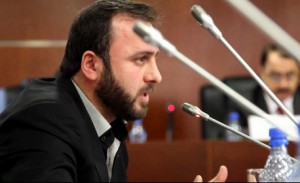 Before the start of large-scale military actions in Syria there were about 1.7 million of Christians. One of the most active and numerous national minorities was the Armenian community. There is no precise data currently on how many of the 100,000 Armenian inhabitants of Syria continue to live in this country. The representatives of the Armenian community, who have remained in Syria, are actively involved in the fight against terrorism as part of the government troops. A day before another Armenian became the victim of a rocket attack in Aleppo. According to the Armenian newspaper “Gandzasar”, published in Syria, Karapet Abeshyan, wounded during the shelling, was hospitalized.