Can Azerbaijan become a transit country for oil and gas of Iran?

Iran and Azerbaijan have started talks on the joint supply of gas to the world markets. According to the Iranian news agency ISNA, the talks between the two countries have been initiated by Tehran.

According to the Managing Director of National Iranian Gas Company, Alireza Cameli, the company has started serious negotiations on the issue with the State Oil Company of Azerbaijan. Baku, in its turn, has stated that Iran can use the infrastructure of Azerbaijan for its energy exports. Iran begins to position itself as one of the largest energy suppliers, says the head of the Center for Strategic Development of CIS States of the Institute of Europe, the Russian Academy of Sciences, Professor Alexander Gusev. “Even under the sanctions’ regime, Tehran was selling gas to China and South Korea, after the lifting of the embargo the country will endeavor to deliver its gas to Western Europe, while Azerbaijan is on the path of transit of Iranian gas to Europe,” says Gusev in his interview to RUSARMINFO. 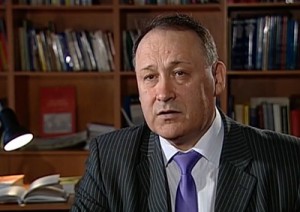 «The Iranian leadership runs absolutely pragmatic policy. If the cooperation with Azerbaijan is beneficial, they will certainly achieve this collaboration, and it’s the same in the case of Armenia. But it should be noted that Azerbaijan has a more active policy than Armenia,» ponders the expert. According to him, if Armenia’s political elite was as active as Azerbaijani one, the Iranian leadership would immediately respond to the initiatives of Armenia. «Everything is in the hands of Armenia, the state should declare its projects, offer and lobby for them. There aren’t many ongoing projects with Iran, this is an obvious omission of Armenia. Now Iran is capable for negotiations,» mentions Gusev. In a situation when Armenia is under blockade by Azerbaijan and Turkey, through the cooperation with Azerbaijan, Iran will be indirectly drawn into this game. But even in this situation, according to Alexander Gusev, Iran’s cooperation with these countries makes possible Armenia’s participation in the projects of Baku and Ankara through Iran. The fact that Baku and Tehran will move from words to deeds, seems doubtful to the Deputy General Director on gas issues of the National Energy Security Fund, Alexey Grivach.

«Given the difficult situation on the European energy markets, the occurrence of such an unconditional rival as Iran is not beneficial for Azerbaijan. Baku, certainly will not openly declare that it’s against the emergence of Iranian gas to Europe, but will try to delay the process, as it has been done in respect of Turkmen gas.» The economist is sure that the statement of the Azerbaijani side about the readiness to provide its infrastructure for transit of Iranian gas to Europe is only a diplomatic move on the part of Baku. In addition, Grivach believes that the transit routes of Azerbaijan are not very necessary to Iran, because it has access to the European market directly through Turkey. It should be noted that Iran is the fourth largest in the world in terms of the proven natural gas reserves and the fourth largest in regards to the oil reserves. Despite the fact that over the last few years, the oil production in Iran have declined significantly, and the natural gas production growth has slowed due to the international sanctions, after the lifting of the embargo, Iran can restore its position and become one of the major exporters of oil and gas on a par with countries like Russia, Saudi Arabia, Canada, the U.S. and China.