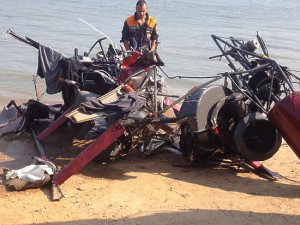 The General Directorate of EMERCOM of Russia in the Moscow region and the Department of the Interior Ministry in the Moscow region confirmed the deaths of four Armenians, as a consequence of the plane crash on the Istra reservoir. “RUSARMINFO” source reports that the victims of the clashes of the hydroplane «Cessna-206» and the helicopter «Robinson-44» were Armenian citizens with a permanent residence permit in the territory of the Russian Federation. They were registered at the address: Moscow region, Podolsk district, village of Pokrov, st. Shchegolev 54: Manukyan Paruyr (born in 1987) Manukyan Larisa (born in 1992) Glchyan / Gelchyan Ophelia (2005 year of birth) Glchyan / Gelchyan Erick (born in 2007) 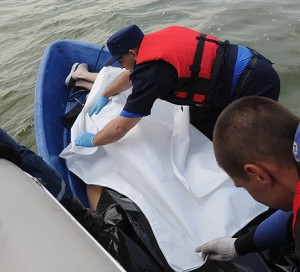 The bodies of three victims have been taken to the morgue of the city hospital of Istra. The search operation to detect the body of Paruyr Manukyan is continued. The circumstances related to “how the victims appeared on board” of the seaplane «Cessna 206» still are being clarified. Note: On August 8, at 20:15 by Moscow time, on the territory adjacent to the Istra reservoir in the suburbs, the hydroplane «Cessna-206» crashed into the helicopter «Robinson-44». As a result of the plane crash, 9 people were killed.Upon the clash of the aerial vehicles a criminal prosecution is settled.