INTER RAO received the letter from Armenia, but the answer is not in a hurry

To disclose the names of the international audit firms that are expected to conduct an audit in Inter RAO is considered invalid, leaving the prerogative to the government. Also, Inter RAO says that the response to the letter received from Armenia is currently under consideration, but yet it’s hard to specify the day of delivery. In her tur 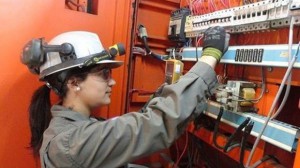 n, the press secretary of «Armenian Electric Networks» (a subsidiary of Inter RAO) Natalya Sarjanyan, has told RUSARMINFO that “Electric networks” will additionally announce the timing and name of the company to conduct the audit. Sarjanyan also says that now they are working to develop a mechanism for the payment of services at the new price, adding that it is still not clear how the receipt will display the amount paid by the user himself, and the amount that is paid by the state.

Prior to the audit completion scheduled for «Electric Networks of Armenia», the government will pay the extra 7 AMD per kW / h .: about 2.5 — 3 bln drams per month (about $ 6 million).