Главная / Без рубрики / What path will take Iran after the removal of sanctions? VIDEO

What path will take Iran after the removal of sanctions? VIDEO

The RUSARMINFO multimedia press center hosted a press conference on the theme: «The agreement of «six» with Iran: possible changes on the regional level and opportunities of cooperation» Vladimir Kozin: in addition to Iran, Israel and Turkey also possess nuclear weapons 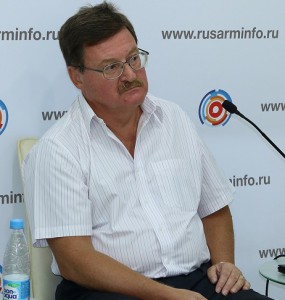 The Chief of the advisers to the director of the Russian Institute of Strategic Studies (RISS), Vladimir Kozin,has expressed the view that the Vienna agreement is a welcome and positive step, but it has not allowed to reach an agreement on the abolition of absolutely all the sanctions imposed by the US and the EU against Iran for over 35 years.

«Even before the Vienna agreement, Iran announced that it would not develop nuclear weapons, and after the agreement stated that would destroy the 98% of the weaponry stock. At the same time, Israel and Turkey also have nuclear weapons on their territory. It is necessary to raise the question about that, otherwise the idea of​​establishing a zone free of weapons of mass destruction in the Middle East will never become a reality. None can demand from Iran not to develop the nuclear weapon, while leaving it in the possession of Israel and Turkey», says Kozin.

Yevgeny Satanovsky: the U.S. changed the Iranian stick on the carrot 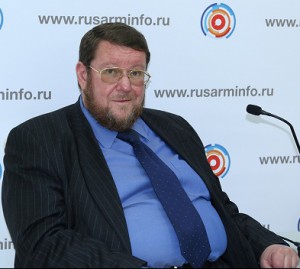 The President of the Middle East Institute, Yevgeny Satanovsky believes that the agreement between Iran and the «six» means that Iran has won a multi-year war for the lifting of sanctions. The United States, which were unable to cope with Iran through pressure, decided to replace the stick with the carrot. Satanovskiy notes that after the lifting of sanctions, Iran has become an interesting country for investors, but to predict a further range of Iran’s foreign policy is difficult.

«There are a number of investors from Europe and the United States who want to establish economic cooperation with Iran, but there is an advantage for those countries which cooperated with Iran during the sanctions regime. The first is Russia, as well as Armenia. The time will show whether they will be able to take advantage of this. Of course, the Americans and Europeans are more interesting for the Iranians than Russia and the post-Soviet region. The struggle against drugs and Islamic terrorism, perhaps, is the only area where Russia and Iran are the true allies,»says Yevgeny Satanovsky.

According to the expert, in the context of lifting the sanctions against Iran can be activated the Armenian-Iranian relations. This is possible due to the potential of the Armenian diaspora in the Arab world.

«Armenia is a unique country that has serious ties with both Iran and other Arab countries. In addition, Iran’s relations with Azerbaijan are quite strained, and this makes Armenia the number one state in the region for Iran,» believes Satanovsky.

According to him, despite the lifting of sanctions, Iran will not be able to become a player in the settlement of the Karabakh conflict, because this issue should be resolved through negotiations between Armenia, Azerbaijan and Nagorno Karabakh.

«Azerbaijan will not accept Iran’s recommendations in this regard. This is the case when Baku relates to Tehran very carefully. «

Ruben Safrastyan: Armenia can become a kind of guide to the cooperation between Iran and the EEU 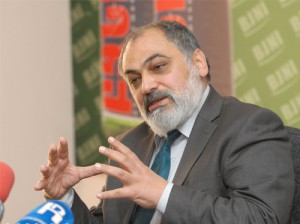 The Director of the Institute of Oriental Studies, the Academy of Sciences of Armenia, Ruben Safrastyan, joined to the press conference from the Yerevan studio, has suggested that the lifting of sanctions against Iran and its return to the big geopolitical game in the Middle East is an unambiguous victory for Iran. According to him, the role of Iran in the region will increase as the implementation of the agreements will be reached, which is very advantageous for Armenia.

«Armenia could open the door to Iran for foreign investors. In Armenia it’s much easier to establish offices of major foreign companies, including Western, since it has created more favorable conditions than in Iran. The removal of sanctions is a good opportunity to improve the economic and political role of Armenia in the region,” says Ruben Safrastyan.

According to Safrastyan, over time, the agenda may include be the question of Iran’s cooperation with the EEU, and Armenia can become a kind of guide in this process.