Главная / Без рубрики / Bashar al-Assad controls the situation, but not the number of victims and refugees

Bashar al-Assad controls the situation, but not the number of victims and refugees 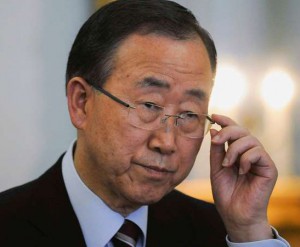 The Secretary-General of the United Nations at the Security Council meeting stressed that as a result of the confrontation between the government forces and opposition in Syria at least 250,000 people had been killed. «Syria is the largest humanitarian crisis in the world. At least a quarter of a million of Syrians have been killed. Almost half of the people in the country have been forced to flee their homes. We must preserve what is left of Syria,» mentioned Ban Ki-moon. According to the UN, 4 million Syrians have became refugees, finding themselves in other countries, which put the region on the brink of a humanitarian catastrophe.

Vladimir Yevseyev, Director of the Center for Civil and Political Researches, recently returned to Moscow from Syria, in his interview to RUSARMINFO has expressed the view that it’s hard to estimate the number of victims in Syria, since the war is now in its fifth year, but «unlike Ukraine, these figures are much more objective.» «The situation in Syria is under Bashar al-Assad’s control. Now the situation is quite stable, otherwise the 210 foreigners, including the representatives of the western world, wouldn’t have been invited to the press conference on the information war issues,» says Yevseyev. The Russian expert also notes that about 2 million Syrian refugees are settled in Turkey, up to 1.5 million — in Lebanon, where the country’s population is only 4 million people, as well as in Jordan and elsewhere in the region.

«Out of 23 million inhabitants in Syria only 18 million is left, of which 7 million lives in Damascus, where before the war used to live 3.5 million people. According to rough estimates, the number of Syrian refugees is about 5 million people. The 85% of the population of Syria, including Armenians, is located on the territory controlled by Bashar al-Assad, and they support him, otherwise they would have appeared in the areas where power belongs to the militants. » In 2011, the civil war broke out in Syria between the government forces and militants of different armed groups, mainly financed by Saudi Arabia, Turkey and Western countries. According to the Ministry of Diaspora of Armenia, to the beginning of the armed conflict Syria was home to about 100,000 Armenians, most of whom have already left the country. According to the Minister of Foreign Affairs of Armenia Edward Nalbandyan, 14 thousand Syrian Armenians have moved to Armenia for permanent residence.