Главная / Без рубрики / The French flexibility: Paris does not recommend cooperating with Nagorno Karabakh and Crimea

The French flexibility: Paris does not recommend cooperating with Nagorno Karabakh and Crimea 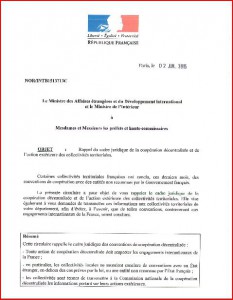 The French Foreign Ministry has sent a letter of appeal to the country’s municipalities recommending them not to cooperate with the Nagorno-Karabakh Republic and the Crimea. In the letter of the Foreign Ministry it’s explained that France has not officially recognized the independence of Nagorno-Karabakh and the annexation of Crimea to Russia, in connection with which the mayor’s offices, municipalities, regional administrations, districts should not enter into a cooperation agreement with Karabakh and Crimea.

Haik Khanumyan, National Assembly of the Nagorno-Karabakh MP, in his interview to RUSARMINFO has mentioned that in France all local governments are elected through el

ections, and the Ministry of Foreign Affairs of France can not give them direct instructions.

«The French Foreign Ministry can only make recommendations to the local governments, and non-committal. And in this situation, Armenia and Artsakh must conversely intensify the decentralized cooperation with cities, provinces, regions of France,» says Khanumyan.

Drawing parallels between the Crimea and Nagorno Karabakh, Sergey Mikheyev, Director of the Institute of Caspian Cooperation, has told RUSARMINFO that the letter of the Foreign Ministry of France is a response to the visit of French deputies to the Crimea.

«I think that by this letter the French tried to bend under the Americans. I am sure that the visit of the French delegation to the Crimea was an elite consensus behind the scenes, but the French have to show in front of the Americans their loyalty to the Euro-Atlantic alliance, which fully applies to Karabakh as well,» mentiones Mikheyev. According to the expert, the French are split: on the one hand, they recognize that the Crimea will be, at least, for a long time, if not forever, but on the other hand they do not want to spoil relations with the United States, and in this situation they have to be broken into two parts. 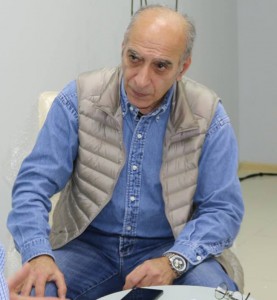 Raymond Gevorgyan, a well-known French historian of Armenian descent, has told RUSARMINFO that he believes the letter of the Foreign Ministry addressed to the municipalities of the country is only a formality.

«The letter of the French Foreign Ministry carries indicative character and is a formal response to the Azerbaijani authorities, who sent a note of protest to France in connection with the visit of President of Nagorno Karabakh Republic Bako Sahakyan to France,» explains Gevorgyan. The historian also believes that this letter will not affect the relations between Armenia and France and the cooperation of French cities with their twinned towns in Karabakh.

The Nagorno-Karabakh Republic pays special attention to establishing cooperation with various cities around the world. The NKR authorities see this as an important opportunity for economic development. Thus, in May of 2015, in the framework of his working visit to France, President of the Nagorno Karabakh Republic Bako Sahakyan signed cooperation agreements between the French city of Villeurbanne and the Karabakh town of Shushi, between Valence and Stepanakert, Martakert and Sarcelles.