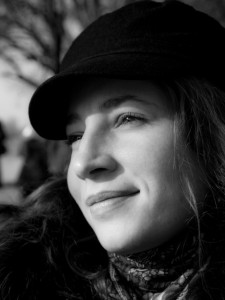 «Night Wolves» motorcycle club press secretary Anna Komarova officially denied the information spread today by the Armenian media agencies over the upcoming motocross/rally in Armenia and Nagorno-Karabakh. «Night Wolves aren’t going to Armenia; usual moto-tourists are traveling there, and they have nothing to do with us,” informed RUSARMINFO Komarova. Zorik Tovmasyan, a Russian rider and initiator of the car-cross «We want peace», in his interview to RUSARMINFO, said that the information spread by the Armenian media did not correspond to the reality. 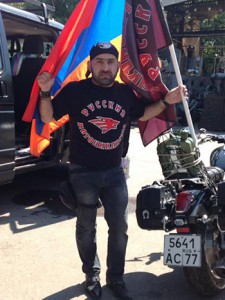 «A small group of motorcyclists and motorists plans to travel to Armenia, the majority of them are Armenians by nationality. This project is a private initiative dedicated to the 100th anniversary of the Armenian Genocide. «Night Wolves» are not involved in this action, they are simply supporting us: meeting us in the cities of the Russian Federation, and seeing us off, as it’s accepted among the motor-brotherhood,» explained Tovmasyan. According to the rider, there are two reasons why «Night Wolves» have not joined the campaign: due to the lack of time and to avoid the politicization of the run. 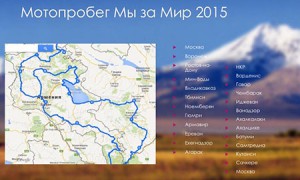 «Due to the recent protest actions in Yerevan, the representatives of the Russian biker community decided that the mileage may be perceived as a political act,» said the motorcyclist. Background: Motor Club «Night Wolves» was founded on May 31, 1989 as the first official Soviet biker club. The «Night Wolves» Biker Center is located at the Nizhniye Mnevniki street in Moscow. The club is a member of the Russian association of bikers. The club holds annual biker-show and festivals in participation of rock bands.