Главная / Без рубрики / Turkey is drawn into a war with IS

Turkey is drawn into a war with IS 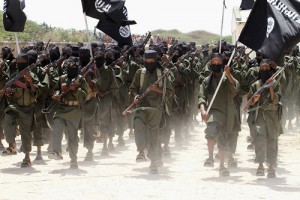 The Russian expert community has repeatedly expressed the opinion that Turkey in this or that way supports the work of the terrorist organization «Islamic State». In support of this are cited various facts: for example, that wounded IS fighters are treated in the hospitals of Turkish cities, Turkey illegally at a low price buys oil from the territories under the control of militants, etc. To these accusations as hints Ankara has officially responded by the condemnation of terrorism in general, and, in particular, in relation to the IS.

After the terrorist attack in one of the Turkish cities near the Syrian border situation has changed dramatically: according to the news agency Reuters, the Air Force of Turkey hit four IS targets. 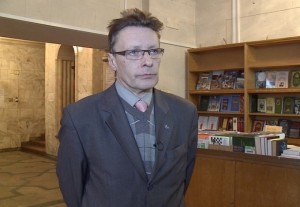 ith the militants of the Islamic State the RUSARMINFO correspondent has talked to a senior researcher of the Institute of Oriental Studies, the Russian Academy of Sciences, Vladimir Sotnikov.

The expert is convinced that in a situation where in addition to Syria and Iraq, the IS intensifies its activities in Afghanistan, Pakistan, Southeast Asia, Turkey itself may become a victim of the terrorist activities of the IS.

«We are witnessing a new factor: if before it was to promote the IS militants, now the situation is different. Turkey is becoming the scene of a major terrorist target for the IS militancy,» believes the expert.

According to Sotnikov, the Turkish experts themselves are alarming that the day when the entire territory of Turkey will be occupied by IS terrorists, is not far.

«In the near future, Turkey may become a new Syria or Iraq; attacks will occur not only on the border, but also in the capital and major Turkish cities,» suggests Sotnikov.

The construction of the wall on the border with Syria with a view to dissociate itself from militants of the IS, in the opinion of the expert, is the longtime project of the Turkish government.

«In fact, it reminds me of the Ukrainian scenario, when the authorities stated that they intended to build a wall, in the language of the Ukrainian leaders, to dissociate itself from the penetration of «separatists» from the territory of the Russian Federation,» says Sotnikov.

Sotnikov believes that Turkey can build any wall, stretch rows of barbed wire under the high-voltage, however, for the militants to overcome this wall is not difficult. It’s more of a symbolic than a real obstacle to the IS.

Recall that for the protection from the actions of the IS, the Turkish government decided to build a wall along the boundary of the modular length of 150 kilometers.

For the same reason Turkey has also allowed the US to use airbase «Insirlik.» According to Reuters agency, the agreement is obviously the result of the telephone conversation between the US president and his Turkish counterpart.