«Inter RAO» is not against to sell the Armenian subsidiary 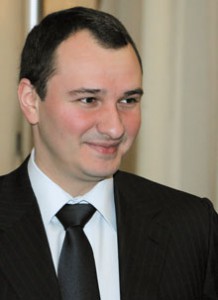 Boris Kovalchuk, «Inter RAO» head, says that he welcomes the fact of conducting an independent audit in the «Electric Networks of Armenia» company.

According to him, «Inter RAO» and the Armenian authorities together on a competitive basis will determine the company that will conduct the audit in «Electric Networks of Armenia».

«There will be a tender to select organizations from the» big quartet «, internationally recognized organizations. This will be a joint decision with the Armenian authorities, » mentions Kovalchuk.

The head of «Inter RAO» also reports that the audit may take approximately three months. In the future, «Inter RAO» doesn’t exclude the possibility of the sale of «Electric Networks of Armenia». «We are ready to sell any asset, if offered good money and are willing to buy any asset, if the price is convenient to us. Here, anything is possible,» said the head of Inter RAO.

On June 17, the Commission on Regulation of Public Services of Armenia, based on the proposal of «Electric Networks of Armenia», increased the electricity tariff by 7 AMD, which has raised the discontent of the population. As a result of the mass protests, Serzh Sargsyan proposed to compensate for an increase in electricity tariffs due to the country’s budget and conduct an independent audit in «Electric Networks of Armenia».