«Electric Networks of Armenia» will indemnify through court 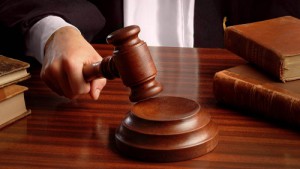 The company «Electric Networks of Armenia» has sued the «Glendale Hills” company, demanding to recognize it bankrupt, as reports the ENA press service. According to the information, «Glendale Hills” should pay back to the ENA about 138 million AMD for electricity. The issue is discussed in the Court of General Jurisdiction of Yerevan in the administrative districts of Kentron and Nork-Marash under the leadership of Judge Alexey Sukoyan. The «Glendale Hills” company declined to comment on the situation. Besides the «Glendale Hills”, the debtors of the “Electric Networks of Armenia» are such large companies as «Nairit», «Hrazdan cement», «Vanadzor Khimprom», «Artsakh Energo», «Garni» and «Dzoraghbyur.» In the case of some of them the debt is more than 1 billion AMD. The debts of «Vanadzor chemical industry», «Nairit» and «Hrazdan cement» companies are about 400 million AMD, and in the case of «Garni» — 46 million AMD.

It’s note worthy that all of these debtor companies directly or indirectly belong to the pro-government circles of Armenia.

A day before the deputy director of the Russian Institute of Strategic Studies Tamara Guzenkova at the press conference at the «RUSARMINFO» agency suggested that, perhaps, the protests Armenia against the increase in electricity tariffs were an attempt to blackmail the «Armenian electricity networks» by the large companies in order to prevent the increase of tariffs.

In his turn, Sergey Markov, a member of the Public Chamber, in the interview to «RUSARMINFO» expressed the assumption that the ENA accumulated debt due to the requests of the Armenian government not to require a fee for electricity from large electricity consumers.

Recall that ENA went to court with a lawsuit to recover the debt after the decision of the Commission on settlement of public services to increase tariffs not by 17 but 7 AMD, which led to mass protests in several cities of Armenia.