Главная / Без рубрики / Why 1,5 cents were enough to get people out into the street?

Why 1,5 cents were enough to get people out into the street?

I must say that any political slogans and actions are very dangerous for Armenia and should be categorically excluded. Armenians are wise people and, I hope, one and all understand it. However, these 1.5 cents, proposed to raise the electricity tariff, are clearly proved to be the last straw in the bank of the growing discontent of the social and economic policy led by the authorities. As it is known, the sense of injustice is a strong argument, which is able to get people to take some decisive steps. 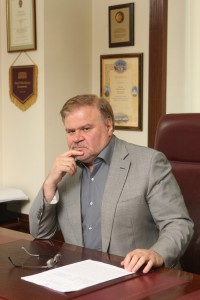 What is injustice? It so happened that almost all the objects that have strategic importance for the country, appeared outside the control of the Government of Armenia: electric generators and power networks, telecommunications, transport and supply of gas and oil. All facilities that could and should have given basic incomes to the treasury, filling in the budget, are in the hands of shady oligarchs with different nicknames, probably characterizing features of these strange people. For a long time the exodus of the most talented, the most educated, creative part of the population capable of lifting the economy has been taking place. And there are always the most ridiculous answers for the quest “why this is happening”. Therefore, everything remains the same. But the biggest injustice is the reluctance of the authorities (probably because it is not profitable to them) to notice the reason why the huge opportunity Armenian communities abroad are not used. In order to come and invest in the Armenian economy, it is necessary to create favorable conditions for investments. This means to root out corruption and «clan» in the economy and create the common conditions based on the laws for all players in business, assuring transparency of privatization of state assets and control over the work of monopolistic structures. I think that the Armenian authorities, and above all, the president should make serious conclusions and understand that it is necessary to decide and carry out large-scale economic reforms in the country. And for that, first of all, to change the stereotypical and corrupted thinking of the environment. The country’s economy must be raised in any condition. There is no alternative. Armenia is the motherland to us and many other Armenians around the globe, and they won’t be able to make it a country open only for a handful of people. We rejoice in the heart of Armenia’s achievements and sincerely grieve when there is something wrong. Looking at the faces of the young people who came out to protests in the street, despite the current situation, I am glad that we have such young people. It becomes a little calmer at heart, because there is a secure future, and everything goes well. But it will go well only if we do not forget about the threats. We — the people who survived the Genocide, we — the people in the permanent blockade and almost in a state of war do not have the right to have whatever other options besides the calm smooth development of our society without political upheavals. No, it is not for us. And therefore I call upon not to yield to provocations. Oh, how wrong we were. Do not be afraid, you’re right! And the soul, Enriched with the ancient nation’s blood, I believe, will find the way How to go on. Let not the people decide how to live, I do not know, But let it for the decisive feelings hungry for justice. And who is the fool who called himself a patriot of the nation, And in power, brought the people’s sufferings Up to this point. Curse him.