The ban on entry into Russia is annulated for 2215 citizens of Armenia. This was stated by Chief of the State Migration Service of the Ministry of Territorial Administration and Emergency Gagik Yeganyan. 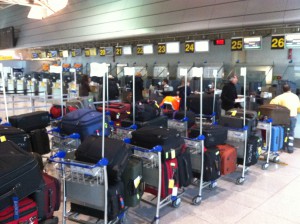 According to NEWS.am, previously, the service received 8794 requests on the issue of the ban on entry into Russia, 8204 of which have been introduced to the attention of the Russian authorities.

According to Yeganyan, Russia responded to 5594 requests, and in regards to 2215 citizens the ban was removed.

«The increase in positive responses from the beginning of the year has remained; the FMS of Russia has agreed to remove the ban in regards to the 60.5% of applications within its powers. In April, this figure was 58%. In other words, from 3 applications 2 are with positive resolution,» stressed Yeganyan.