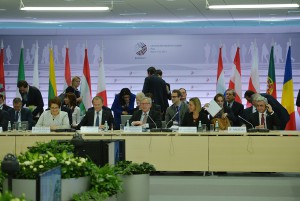 According to the results of the «Eastern Partnership» summit held in Riga on May 21-22, Armenia received some politicaldividends.  Summarizing the outcomes of the summit, it was mentioned by  Mikhail Aleksandrov, political scientists, professor of the Moscow State Institute of International Relations,  in his interview to the «RUSARMINFO» agency.

“Armenia remains in a very difficult situation: the country is squeezed from all sides — Turkey, Azerbaijan … The settlement of the Nagorno-Karabakh conflict to a large extent depends on the attitude of the West, so Armenia does not want to spoil relations with the West and is forced to maneuver. In this scenario, the trip of President Serzh Sargsyan to Riga wasa kind gesture of respect to the West that Armenia had to pay,» said Aleksandrov. The political analyst added that the participation of the head of the state in the summit once again confirmed Armenia’s intention to continue to develop relations with the West, despite the country’s strategic alliance with Russia andmembership in the Eurasian Economic Union. «And the EU statement on the further cooperation with Armenia made at the summit complies with the well-known factand confirms the acclaimed policy of the European Union on the continuation of its relations with Armenia.  They havemade it clear that Armenia is a partner for them, » added the expert. In his interview to the «RUSARMINFO» agency, Stepan Grigoryan,  head of the Yerevan Center for Globalization and Regional Studies,  expressed the view that cooperation with Europe still might be potentially developed. 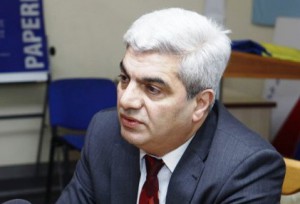 «This is a very important aspect of the foreign policy. It would be critical for Armenia to refuse to cooperate with different centers, including trade and economic areas. And, the membership in the EEC does not mean that we are going to breakour ties with Europe, «said the analyst. Speaking about Russia’s position, Grigoryan noted that Armenia’s cooperation in other formats in the economic andtrade spheres shouldn’t be considered as risky to the country’s strategic partners.   Note: The participants of the «Eastern Partnership» of the European Union are Armenia, Georgia, Azerbaijan, Ukraine, Moldova and Belarus.